A friend of mine recently sent me an article entitled, “Do We Even Know What An Evangelical Christian Is Anymore?" That caught my eye. Could that article give me any insight as to why evangelical Christianity in America has next to zero serious impact or influence on the ever-changing culture today? Why is Christianity today not able to provide answers and solutions to at least stem the tide against the ongoing demise and failure of government leadership, fundamental law, education, peace, and order? Our nation is collapsing and imploding, and it appears to be unstoppable. 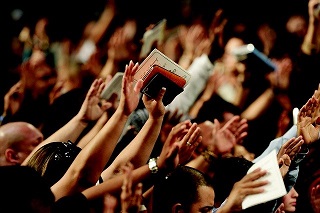 But before I offer my analysis of the situation, I want to share the article1 I mentioned. Consider the following excerpts:

. . . surveys have found that large numbers of evangelicals are abandoning core evangelical beliefs at a rate that is staggering.

Evangelicals are supposed to believe that Jesus is Lord, but it appears that nearly a third of them do not really understand what that means. . . a whopping 30 percent of all evangelicals believe that “Jesus isn’t God”…

Even though the Bible and traditional teachings of the Christian Church hold that Jesus truly existed as both man and God, among the key findings of the biennial State of Theology survey from Ligonier Ministries conducted with LifeWay Research, is that 52% of American adults believe that Jesus was a great teacher and nothing more.

According to a survey that was conducted last year, 61 percent of evangelical Christians want the Supreme Court to overturn Roe v. Wade… why isn’t the number for evangelicals 100 percent?

According to the survey, 35 percent of evangelicals actually want the Supreme Court to keep Roe v. Wade in place.

And the decline in the United States has been particularly noticeable.  According to Inglehart, since 2007 the U.S. has moved away from religion faster than any other country…

From 1981 to 2007, the United States ranked as one of the world’s more religious countries, with religiosity levels changing very little. Since then, the United States has shown the largest move away from religion of any country for which we have data. Near the end of the initial period studied, Americans’ mean rating of the importance of God in their lives was 8.2 on a ten-point scale. In the most recent U.S. survey, from 2017, the figure had dropped to 4.6, an astonishingly sharp decline.

In another article2 my friend sent me:

Although 61% of American millennials consider themselves to be Christian, just 2% of them were found to hold a biblical worldview, according to a recent study released by the Cultural Research Center at Arizona Christian University.

According to this article, a biblical worldview:

...includes believing that absolute moral truths exist, and that such truth is defined by the Bible, as well as firm belief in six specific religious views. Those views are that Jesus Christ lived a sinless life; God is the all-powerful and all-knowing Creator of the universe and He stills rules it today; salvation is a gift from God and cannot be earned; Satan is real; a Christian has a responsibility to share their faith in Christ with other people; and the Bible is accurate in all of its teachings.

What would serious, Bible-believing evangelical leaders and scholars answer about these telling statistics? Are these just the signs of the times? Do they tell us we are in that time of apostasy of the “last days” of prophecy? Or, are these convenient excuses?

Could it be that many in the “millennials” age bracket (24 to 39 year olds), and others, have lost any significant relevance of the Bible in their lives? For some reason, it just doesn’t connect anymore. But that doesn’t mean that they have given up searching for answers to the meaning of their lives.

Could Evangelical Christianity be Contributing to the Problem?

I wonder if evangelical Christianity today would ever consider the possibility that they are a part of the problem. Is there something wrong with what they are teaching? While I am in agreement with the fundamental personal “evangelical” message of Jesus Christ, His death and resurrection, justification by grace through faith, and the need to receive Him for salvation from sin and as Lord, I contend that this has been misapplied and misconstrued as to the larger, more complete message of the Bible. Thus, it has contributed to the ongoing problems. Let me explain.

For example, it is the widespread belief that anyone “can receive Jesus as Savior and Lord.” The gospel message is open to all “humanity.” Thus, it would be logical that anyone can be a member of a church. In this respect, it is said that equality  and diversity is good and should be embraced. It is God’s ultimate plan. America and all the other historically White nations can become racially diversified and integrated. Racially mixed marriages and inter-racial adoption is now okay in God’s sight just as long as they are “Christians.”

The inclusive personal “gospel” message also misses the bigger picture. The gospel of Jesus Christ is a national Kingdom message. Personal relevance is a part of the “evangelical” message, but it goes beyond the personal to a broader application of the rule of law and order in the context of racial homogeneity. Without that, there is chaos and disorder leading to the breakdown and destruction of the Kingdom order God originally intended.

Thus, I maintain, there is no real relevance to those who are the genuine Israelite People today to whom the covenants belong. There is no historical and spiritual connection especially for those Covenant People. They are now lost in the sea of errant theology that has mistakenly created a false gospel inclusive of everybody.

Unless evangelical Christianity is willing to objectively re-examine the Scriptures to find out if such ideas are the consistent, non-contradictory truth, it will remain as old wine skins unable to hold the new wine of the New Covenant gospel. Such radical transformation may not be possible.

One thing I am certain of is that more people are beginning to ask questions and search for answers. A new awakening is coming. 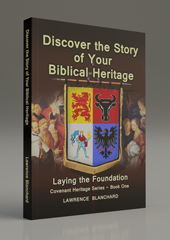 May I help you?  If you are new to this Christian Israel covenant message, I invite you to consider starting with my first book, Discovery the Story of Your Biblical Heritage.  This lays the foundation of the Bible that you will need in order to discover for yourself the big picture. It will prepare you to go on to even more personally relevant knowledge of who you are and why you have been created by God. 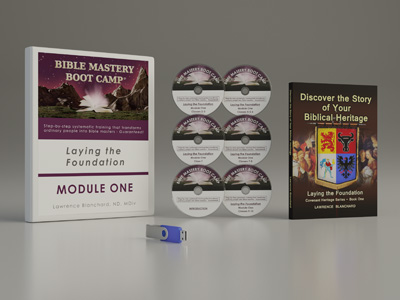 You might want to add the accompanying video teaching module too.  If you have questions, these may help you to begin to discover for yourself what the Bible actually says and means. As you do, you will be able to begin to understand why things continue to go from bad to worse and that there are viable, effective solutions. Here is the good news: we can be a part of that.

Next Up: Truth on Trial

1 Do We Even Know What An Evangelical Christian Is Anymore?

2 Only 2% of Millennials Hold a Biblical Worldview