We are witnessing the ongoing destruction of the economy along with its present and future collateral damage (loss of work, closed businesses, bankruptcies, loss of homes, increasing suicide and drug overdoses). And it’s all because of an unproven assumption – the virus theory. It’s been a part of the medical mantra for decades. The virus is the enemy. The virus must be killed. No sacrifice is too great for the mission of annihilating the virus.

Theological assumptions are deadly, too. There are two prevalent assumptions that have contributed more to the destruction of the cascading consequences of negating God’s Kingdom order and law than any other false doctrine. These assumptions are:

(1) Adam was the father of all racial types and subtypes; and

(2) Jews and Gentiles represent Israel and all other non-Israelites living on the planet, respectively.

These are unproven and unverified assumptions. These lead to the conclusion by the vast majority of Catholic and Protestant theologians that the Bible is about all “humanity.” 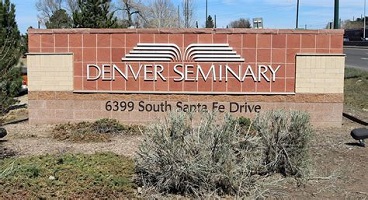 Way back in graduate school at Denver Seminary, I and my fellow students were taught a lot of things to help equip us for the Christian ministry. Much of it was helpful. I appreciated the fact that the philosophy of education there prescribed that every student be able to defend what he believed. It wasn’t a cookie cutter outcome, like some seminaries that required that you agree with the school’s version of theology or else you don’t graduate. Yes, there was a standard doctrinal statement that was fundamental to the school I attended, but there was some latitude about various Christian positions on certain subject matters. For example, you didn’t have to agree with a dispensational or reformed viewpoint, but you had to defend what you believed.

Two of my professors, Dr. Gordon Lewis and Dr. Bruce Demarest, taught us systematic theology and apologetics. They took the approach to help us survey a variety of Protestant theological positions on various subjects and then study the Scriptures to “discover for yourself” what we believed and why. I have taken that philosophy forward as I teach others. I want people to own their faith! Otherwise, it’s not real to them.

Anyway, back in 1994, these professors combined their efforts to write a massive 3-volume work called Integrative Theology. It was impressive. One of the main points they made was that every assumption must be tested: 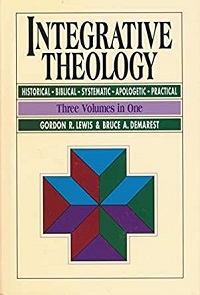 All hypotheses, even those whose truth we have assumed for years, must be tested for their coherence and viability on standard criteria of truth. If they are true, we need not fear reexamination. True doctrines will not be found self-contradictory, or unrelated to reality in the external or internal worlds of human experience. Sound interpretation of a disputed passage of Scripture will without self-contradiction account for all the relevant lines of evidence: the author’s purpose, grammar, and word usage, the immediate biblical context, and the broader theological context. . . And for Christians, every theological hypothesis considered true must without contradiction account for all the relevant biblical lines of evidence (p. 38).

All assumptions (hypotheses) must be tested. I couldn’t agree more!

While sincere in their convictions, my professors and fellow students, including myself, believed the two assumptions noted above as fact. We never stopped to think, “Let’s put these assumptions to the test, too.”

All seminaries, Bible schools, and Catholic and Protestant churches that I am aware of believe these assumptions as rock-solid truth.

Let me offer some typical examples from the book I mentioned in the last post,  from the first chapter of The Story Retold :

From Genesis to Revelation, the Bible presents a single, grand narrative that reveals who we are, who God is, and his goal for all creation. . . This is a story that narrates God’s gracious and merciful dealings with humanity . . . The grand story line of the Bible entails the general pattern of creation, fall and redemption . . . the divine commission for humanity to rule over the earth and worship the Lord. . . Beginning with Adam and Eve, the pattern repeats itself throughout the Old Testament... Even before the fall, God and humanity remained separated-God in heaven and Adam and Eve on earth.  Genesis 1:28 reveals the core of God’s plan for Adam and Eve and humanity in general . . .   – (excerpts from chapter 1)

Throughout the book, the authors consistently interpret many passages of the Bible from a universal perspective and equate the Jews with Israel and the Gentiles as non-Israel. Supporting themes to this “humanity” perspective are interpreting “earth” and “world” as global and a heavy, repeated emphasis on “end time” prophecy yet to be fulfilled at the end of history, along with a total physical re-creation of a literal “new heavens and new earth.” Thus, this is consistent and necessary to a global perspective.

These two theological assumptions set the stage for biblical interpretation of the New Testament. But are these two theological assumptions valid? Popular interpretation today must fit into these assumed “facts” and thus may askew the meaning of what the Bible actually says and means. “This is equivalent of drawing a target around an arrow.” (A quote borrowed from a friend as a general statement of how many people approach justifying truth.  Thanks Brad!)

What I have attempted to do in the Covenant Heritage Series and the Bible Mastery Boot Camp is to, as dispassionately as possible, put these theological assumptions to the test. Do they fit the evidence of the entire Bible without contradiction and according to accepted, standard rules of interpretation? Second, do they fit the observable and verifiable facts of the experienced world? On this last point, do the observable differences between the races in many respects account for the assumption that God created all races from a single male and female couple?

From the last 25 years of research and writing, my conclusion presents a different theological viewpoint from the mainstream. The Bible is not about “humanity,” that is all races and racial subtypes, but God’s called and chosen family of the Adamic race distinct from the other races. It’s not popular, but the implication for the individual, marriage, family, government, law, order and nations is huge. A racially-exclusive understanding changes everything.

If you have not had the opportunity to start the Covenant Heritage Series or the Bible Mastery Boot Camp, now would be a good time. Our world is changing rapidly and is becoming more chaotic and dangerous. I suggest that this is primarily the result of unbiblical theological assumptions that have thrown us way off course. On the other hand, a corrected world viewpoint offers an answer and solution to return to what God had originally ordained to manifest His Kingdom on earth now.