A Great Reset is Coming

I felt compelled to post this to you just four days before the election of the next President of the United States. There is so much uncertainty about this and everything else that is going on. Generally speaking, people are on edge about what is going to happen and it’s not just about the election, but what is coming after. 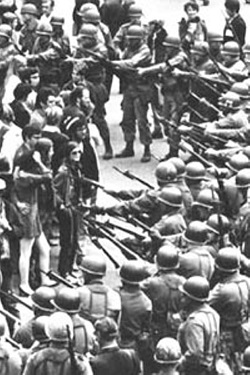 People are quietly making preparations for the possibility of more disruption in their lives. They know something is coming! It’s not the prospect of peace, but war. Well-funded and protected Antifa and Black Lives Matters movements are nothing more than fronts for Marxist revolution and they promise more riots, destruction and chaos. It’s right out of the Communist playbook.

Back to the Future

Those who are old enough to remember the anti-Vietnam war songs that accompanied many student protests of the later 1960s may recall this song by Buffalo Springfield: Stop Children What’s That Sound:

There's something happening here. What it is ain't exactly clear. There's a man with a gun over there telling me I got to beware.

I think it's time we stop, children, what's that sound. Everybody look what's going down.

There's battle lines being drawn. Nobody's right if everybody's wrong. Young people speaking their minds. Getting so much resistance from behind.

I think it's time we stop, hey, what's that sound. Everybody look what's going down.

What a field-day for the heat. A thousand people in the street. Singing songs and carrying signs. Mostly say, hooray for our side.

It's time we stop, hey, what's that sound. Everybody look what's going down.

Paranoia strikes deep. Into your life it will creep. It starts when you're always afraid. You step out of line, the man comes and takes you away.

We better stop, hey, what's that sound. Everybody look what's going down.

That song is as relevant today as it was back in 1967-1968 at the height of the Vietnam “police action” which was an international operation. It was never a declared war by our Congress.

What we are witnessing now is another globalist agenda move being played out, not just in the USA, but in Canada, Australia, New Zealand, Great Britain, Germany and most other countries.

Since March 2020, we have experienced a planned and coordinated destruction of our economies and practically every natural right including, but not limited to, freedom of assembly and speech. Lock downs and restrictions continue accompanied by increasing totalitarian tactics with force to shut up protestors and crack down with unprecedented control. The foreseen consequences of death by suicide and drug overdose have increased and poverty is spreading without an end in sight.  A great reset is coming!

But it is not just the obvious present-day events excused by the fake corona virus narrative; it is the foreseen and now realized economic collapse nationally and globally. The debt now in the United States alone is $27 trillion and that has exponentially multiplied in 2020 due to massive loans to Fed banks and bailout programs to cover for the collapse. Even in a normal $21 trillion economy here in the U.S., the debt is unsustainable. Something has to give!

The devaluation of the “dollar” is coming and hyperinflation will be so oppressive, paying the bills will be likewise unsustainable.

Can you now understand why the World Economic Forum is planning The Great Reset Initiative?1 This “new social construct” will be coordinated with “Sustainable Development” under the United Nations Agenda 21 and 2030 and is supported by every conceivable industry. One World everything including a new digital economy. Once that happens, we will all be controlled and forced to obey their demands.

The reset plan has been advancing for decades to gradually create unsustainable conditions in order to institutionalize everything. The modern “Rockefeller Medicine” cartel is at the top of the list. Jon Rappoport reveals the intended consequences from these statistics of our present-day health:

The COVID operation aims to engulf all of civilization in a preposterous and fake medical nightmare.

The operation has its roots in “modifying” citizens to accept medical dictates.

There are many kinds of such dictates, and it would take volumes to explore them all. Here I present a set of numbers from the US National Center for Health Statistics, a division of the CDC, covering the year 2018:

Percent of adults who had contact with a health care professional: 84.3%.

Percent of children who had contact with a health care professional: 93.6%.

Here is another related estimate: according to the US National Alliance on Mental Illness, in a recent year, “More than 25 percent of college students have been diagnosed or treated by a professional for a mental health condition…”

Try to grasp how this unprecedented rate of exposure to doctors shapes the minds of Americans. Appointments, tests, diagnoses, advice, orders, prescriptions, drugs and vaccines, follow-ups, referrals to specialists.

These factors alone---never mind the toxic effects of treatments, or wall to wall medical ads and other propaganda---add up to a medical civilization. 2 (Emphasis added)

Bottom line: life itself is becoming more and more unsustainable. 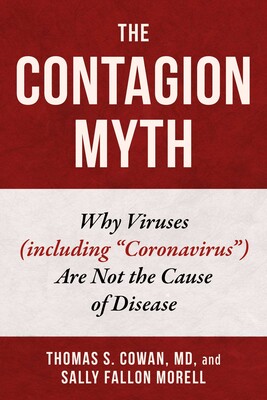 Add to this the pollution of the planet that creates deteriorating, unsustainable conditions for life. That includes EMF pollution. (By the way, I do strongly recommend this book, The Contagion Myth by Dr. Tom Cowan and Weston Rice Foundation President, Sally Fallon Morell if you want an education on the major role on disease.  This book was banned by Amazon!)

Things are coming to a head. A great reset is coming!

Great Resets in the Bible

Of course, the above scenario is the ongoing plan and purpose of the antichrist oligarchs flexing their muscles. But what is the God of our fathers doing? Could He be planning a great reset of His own?

Are there more ages to come? Yes. The Apostle Paul wrote to the local church in Ephesus:

“… and raised us up with Him, and seated us with Him in the heavenly places in Christ Jesus, so that in the ages to come He might show the surpassing riches of His grace in kindness toward us in Christ Jesus.” – Ephesians 2:6-7

The “ages to come” mean future ages. Could the God of our fathers be allowing the corruption to increase to prepare the stage for His great reset? Yes, and from what I am seeing as events unfold, this is coming soon. How soon? I don’t know. But, we must remember that it is not for us to know. But we must believe that it will come.

Our Responsibilities and Obligations

Between now and then, we have a critical and indispensable role to play in speeding the divine reset. When Paul wrote about the “ages to come,” he was writing in the context of the role of the local church assembly. Paul made it abundantly clear. The church body not only was “seated with Christ Jesus” and reigning with Him, but the people were to be actively involved in their testimony and in standing firm against the principalities and powers and spiritual forces of darkness (Ephesians 6:10-17). We are not to just wait around for something to happen. No! We have authority to cause God’s Kingdom to be manifest.3

So, how do we do that? I discuss that in the Covenant Heritage Series and the Bible Mastery Boot Camp.  Let’s get educated and get in the game toward God’s Great Reset.

2 The virus-story: breaking the chains of medical civilization, No More Fake News, October 28, 2020

3 The Kingdom of God Manifested – Book Seven, by Lawrence Blanchard